Sorry for the super late post.  The weather changes here in Florida knocked me on my butt.  I’ve been in bed for the past two days trying to get over this cold.  Going from 40 degrees to 70 to 80 back to 40 just messes with me.  It also didn’t help that I ran myself ragged on Friday.

So Friday was the “members of the public” day at IAAPA.  IAAPA stands for  International Association of Amusement Parks and Attractions, which means that if you ever wanted to see how a ride works, or where to get new arcade machines, or pretty much anything within the amusement / coin op sector, this is the place.  I go every year and it is always a blast.  The biggest noticeable trend this year is how un-3d everything is.  2 years ago every ride and game had a 3D gimmick to it.  Now, pretty much nothing is 3D except for the big ride experiences.

This year some of my coworkers went with me.  They enjoyed themselves.

Super Smash Bros. for Wii U came out this weekend.  Holy crap it is amazing.  I had friends over on Friday, we played 8 player smash, and it was a riot.  I will have the image of me playing as Samus getting the smash ball and taking out all 7 of the other players in one final smash attack burned into my memory for a very long time.

It’s a beautiful, well made, extensive game.  I have no idea how long it is going to take me to unlock everything.

The game also includes support for Nintendo’s new NFC characters called Amiibos.  Think Skylanders but different.  For now, the way they work is dependant on each game.  For Mario Kart 8, it just unlocks new outfits.  In Smash Bros, they act as a super smart CPU character.  The figures are really well made and look good sitting on display. 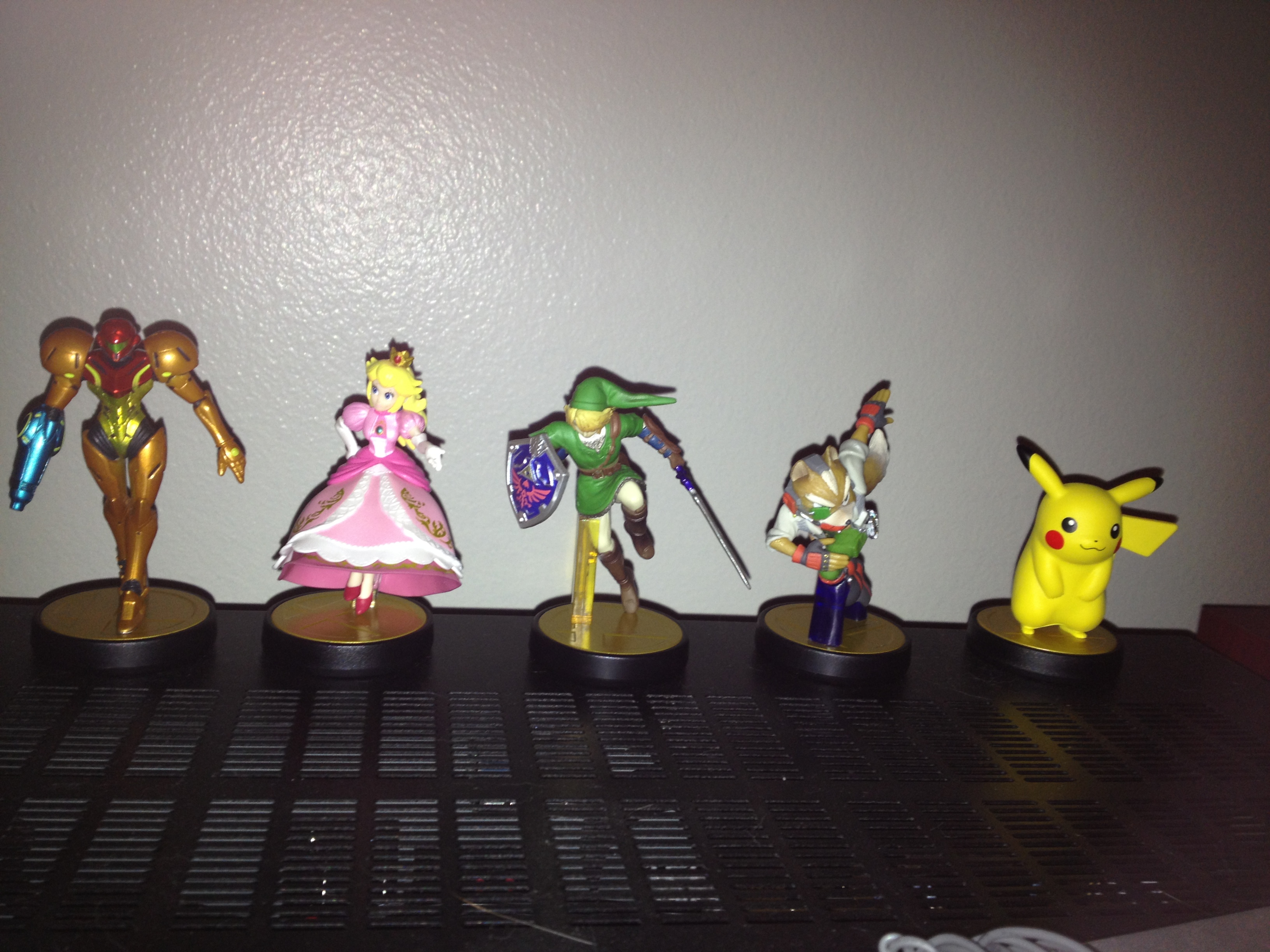 I’m still trying to get some of the NFC info from them.  I’d love to write a program to back up the data, but it’s hard finding info on the MIFARE Ultralight chip it identifies as.

If you have any info please let me know!

Have a good week all,