This weekend is Star Wars Celebrations!  While I’m not able to go, for the past week I’ve been helping Free Play Florida finish their 10 foot Star Wars arcade cabinet for the convention.  This thing is awesome!  And MASSIVE! 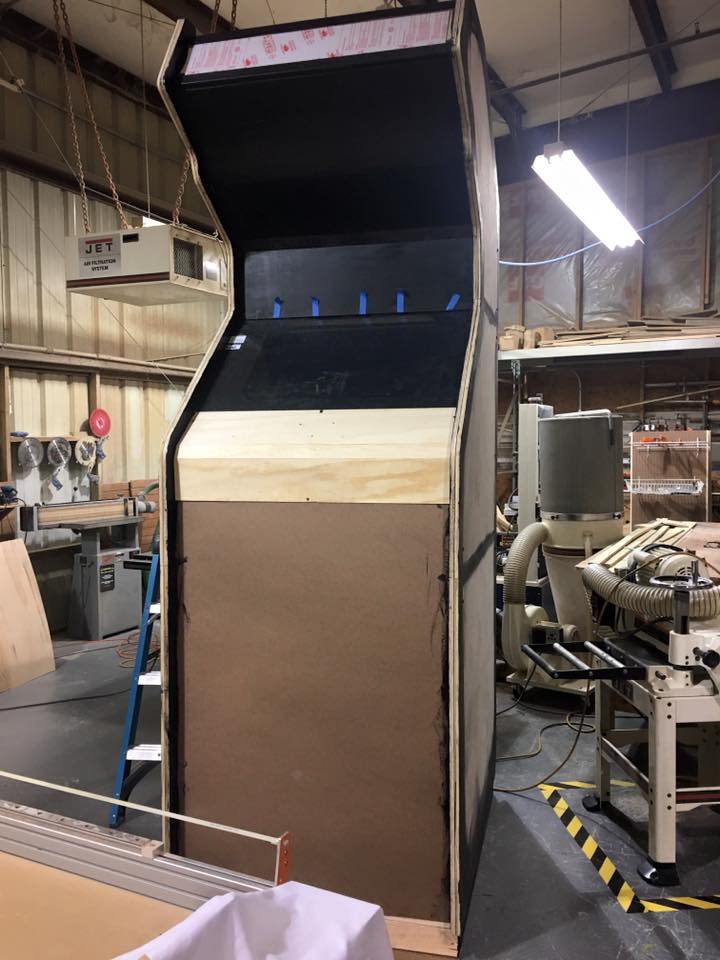 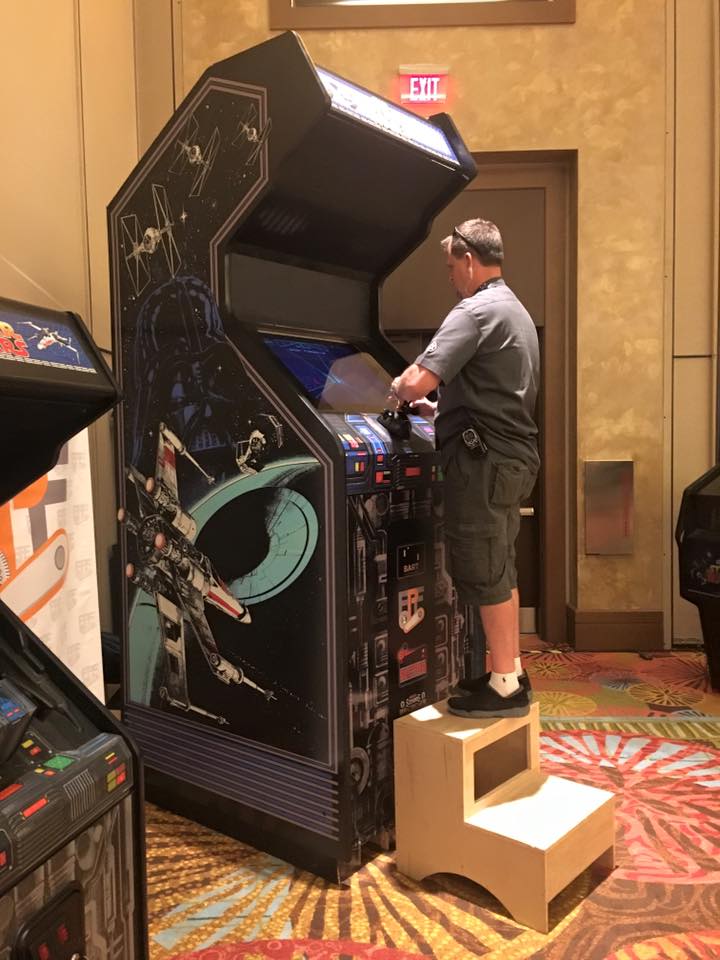 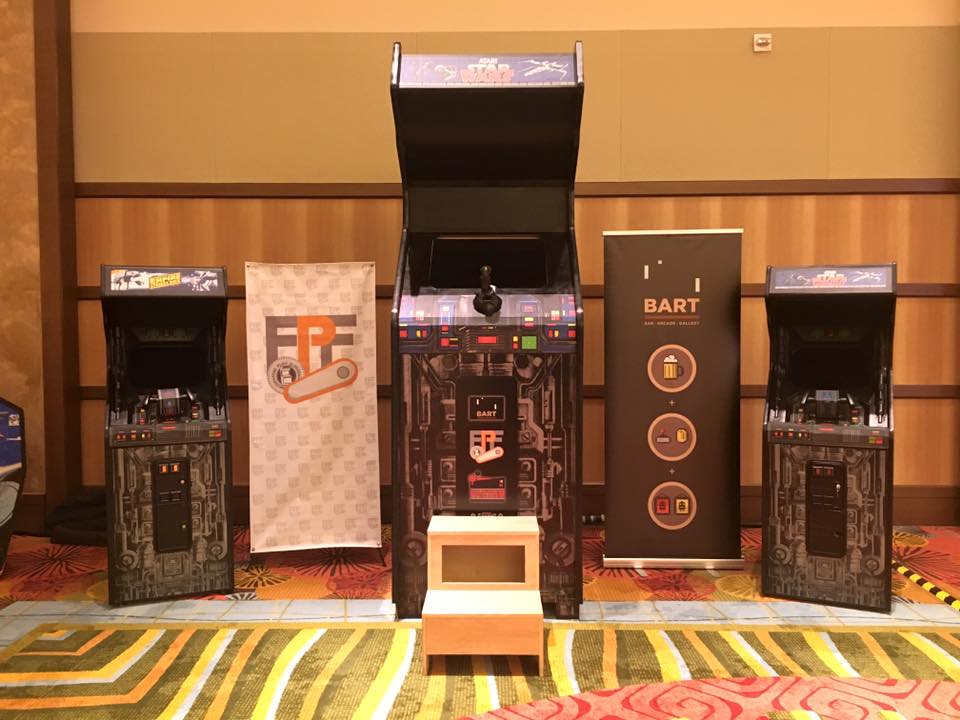 The Nintendo Switch has come out, and I have put a ton of hours into The Legend of Zelda: Breath of the Wild already.  This is one of my favorite consoles so far.  The eShop already has Neo Geo games and a new Street Fighter game is coming out ( Ultra Street Fighter II ) so of course I had to make a Nintendo Switch Arcade Machine 😀  The files to make your own are on Thingiverse: http://www.thingiverse.com/thing:2235516/#files 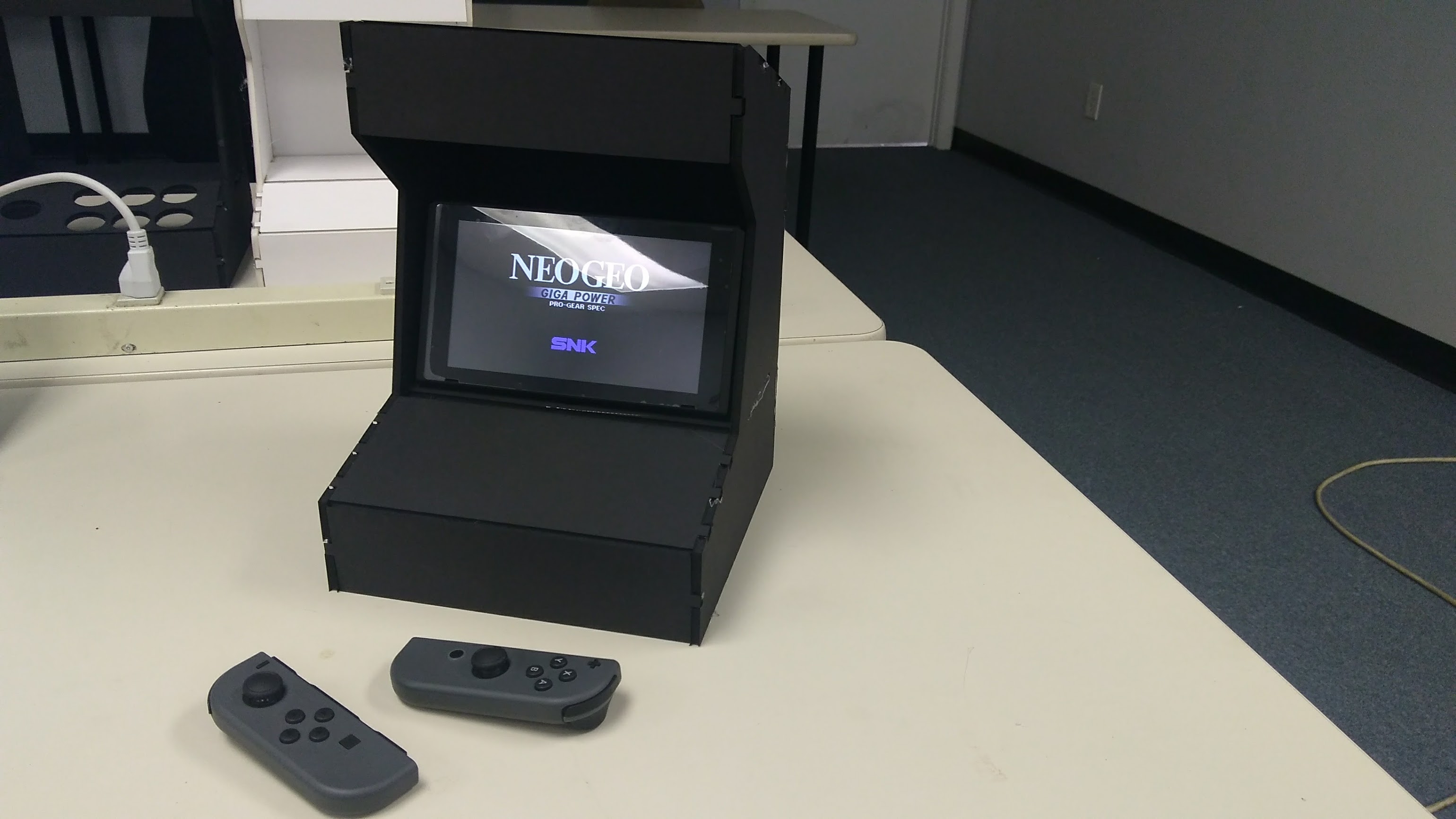 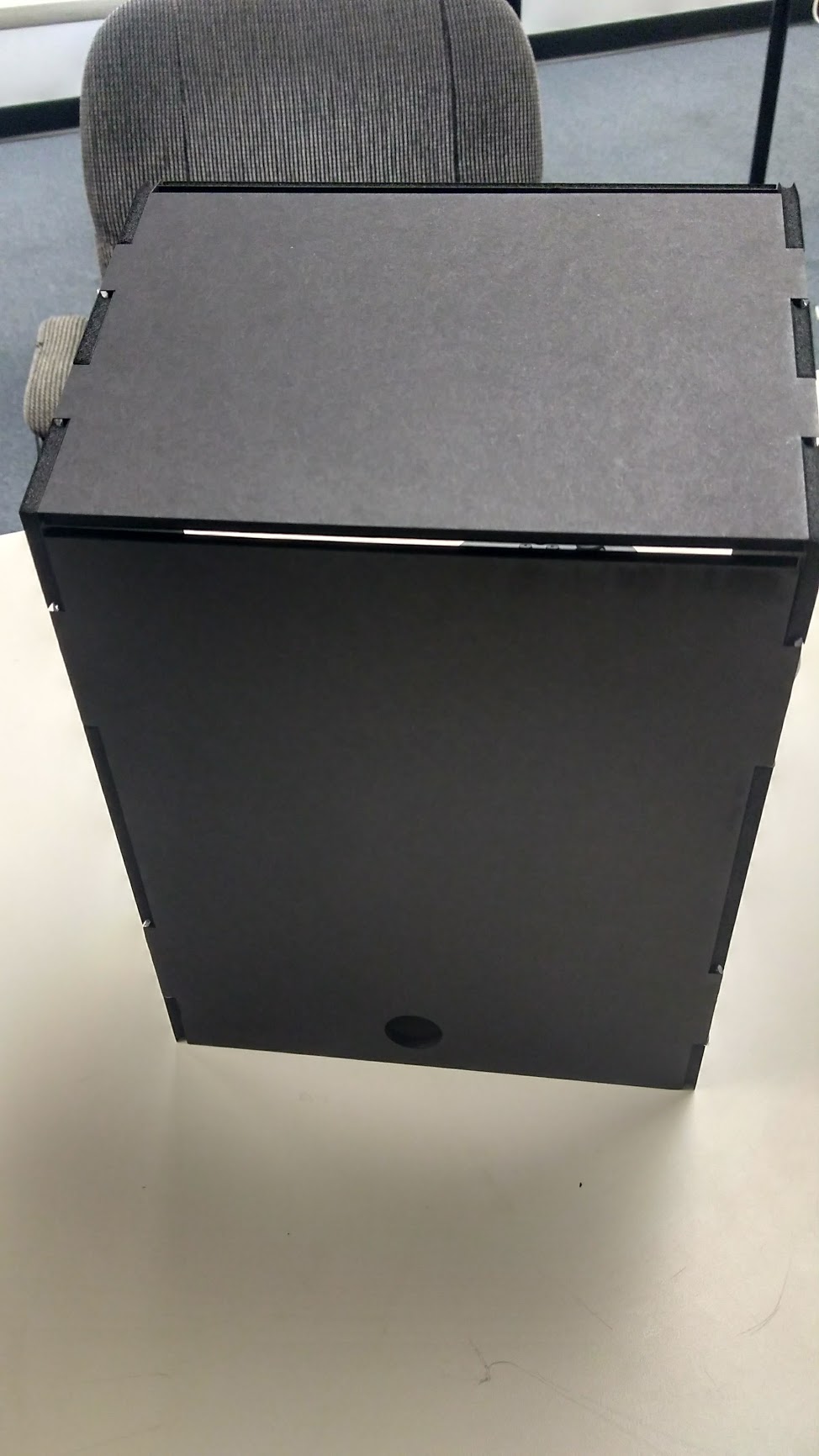 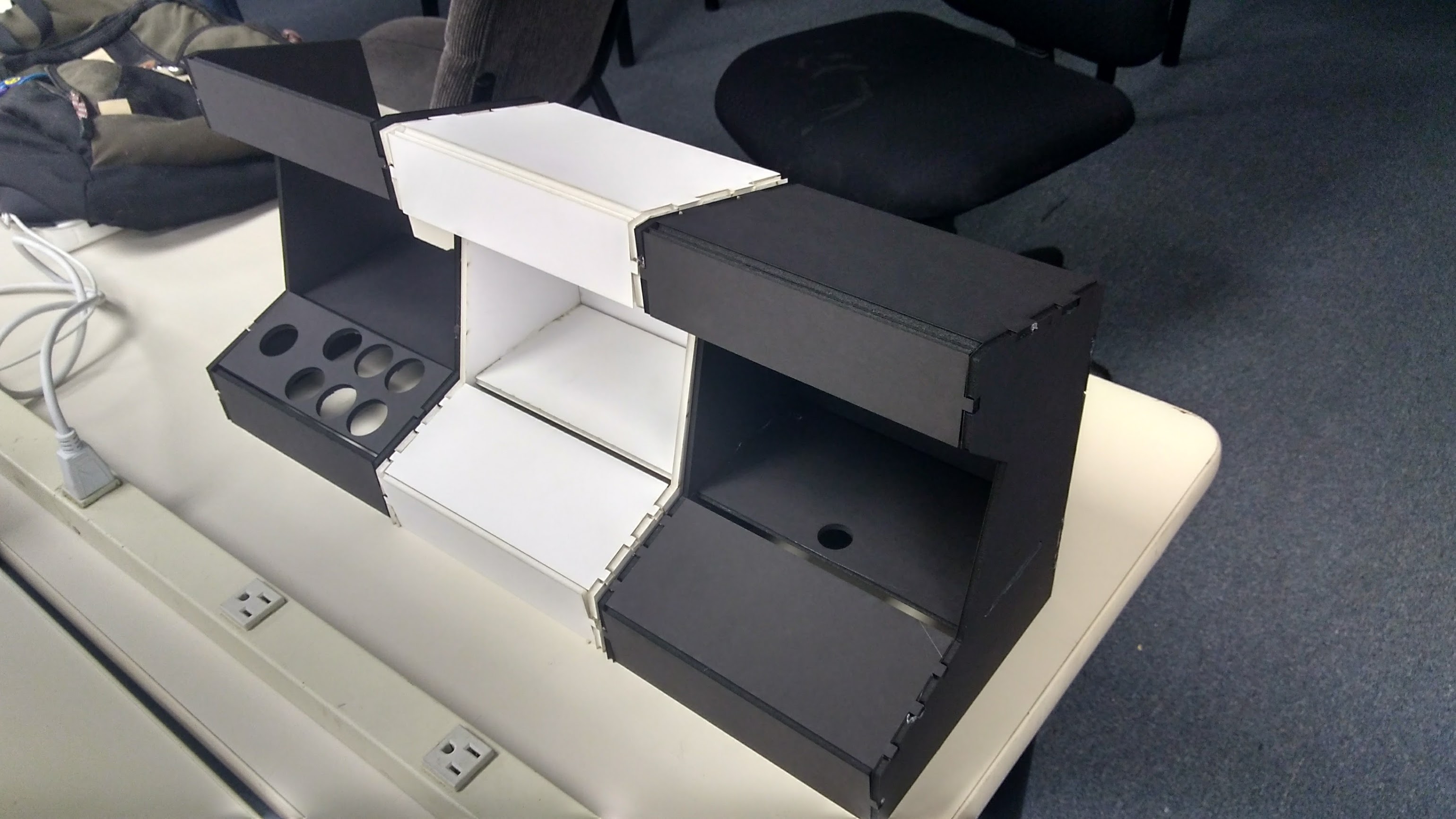 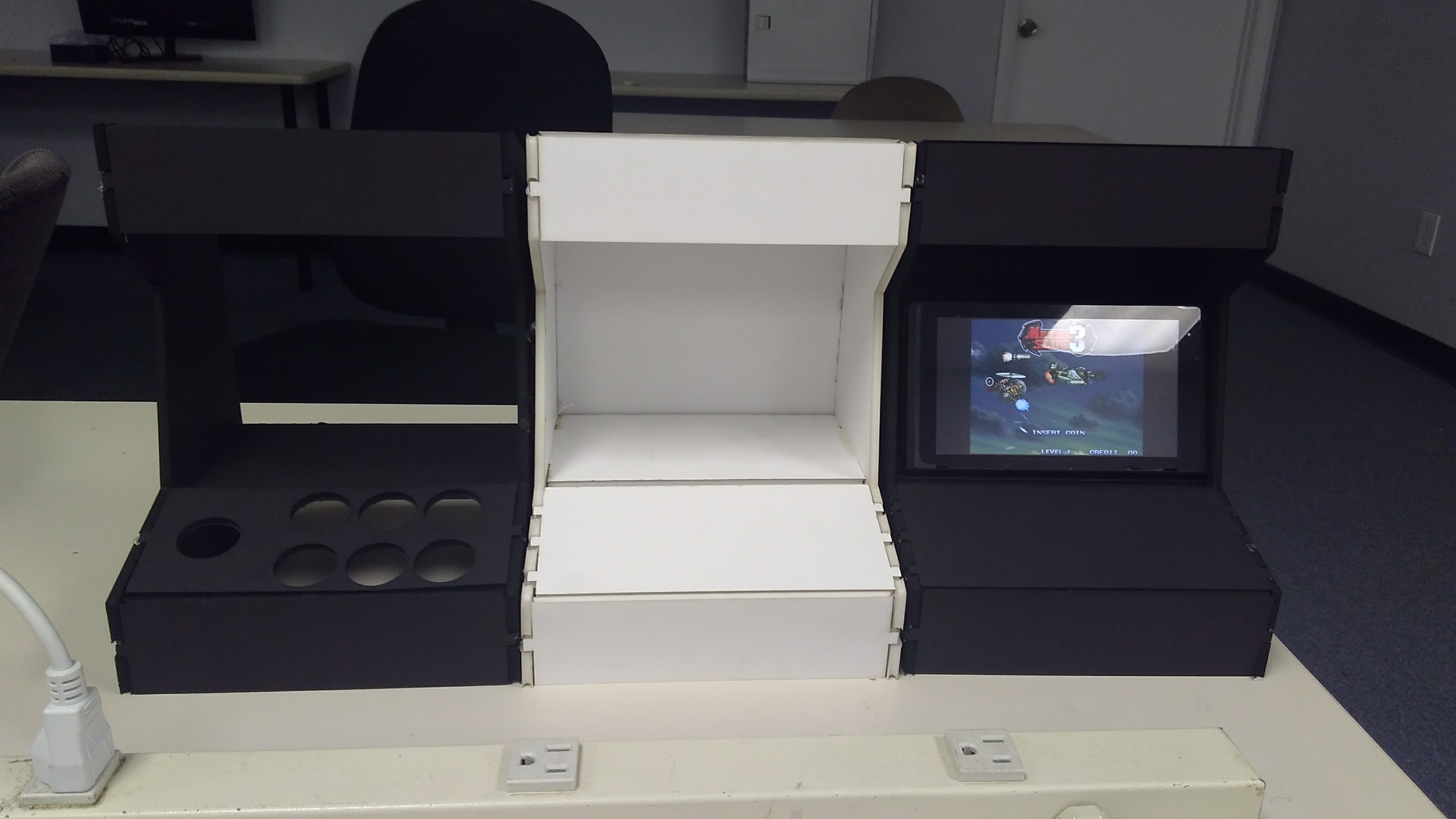 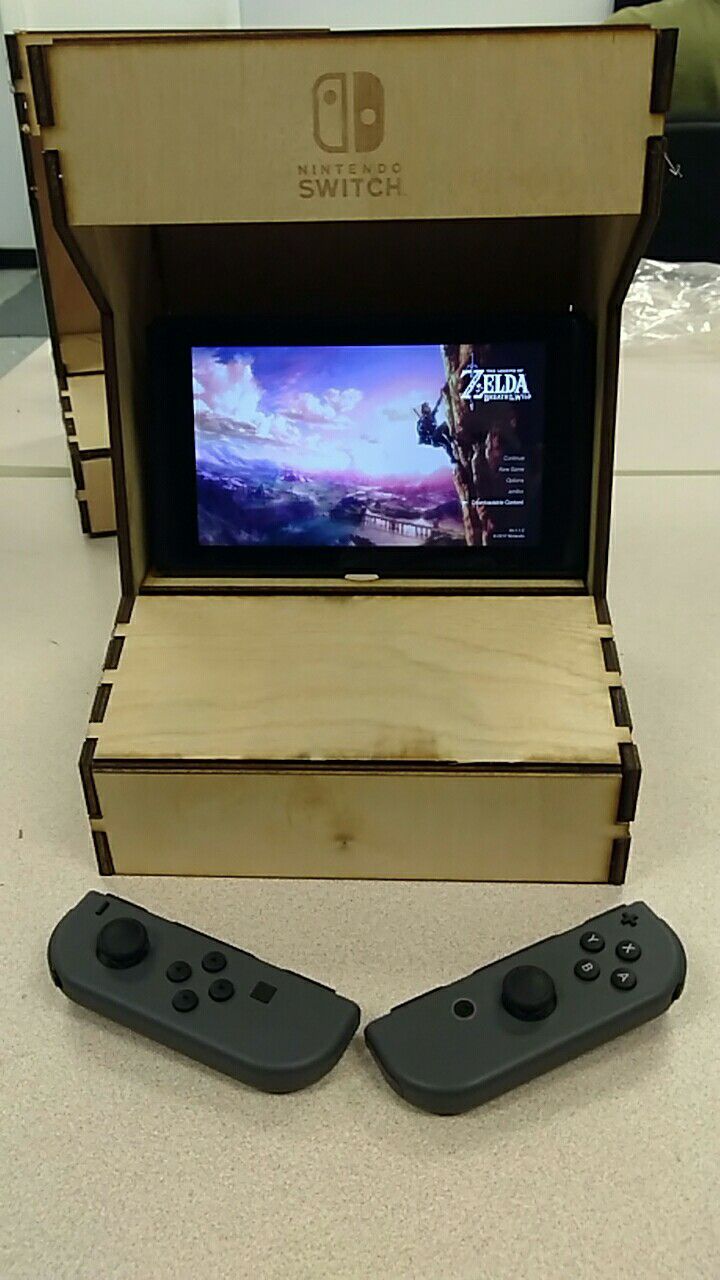 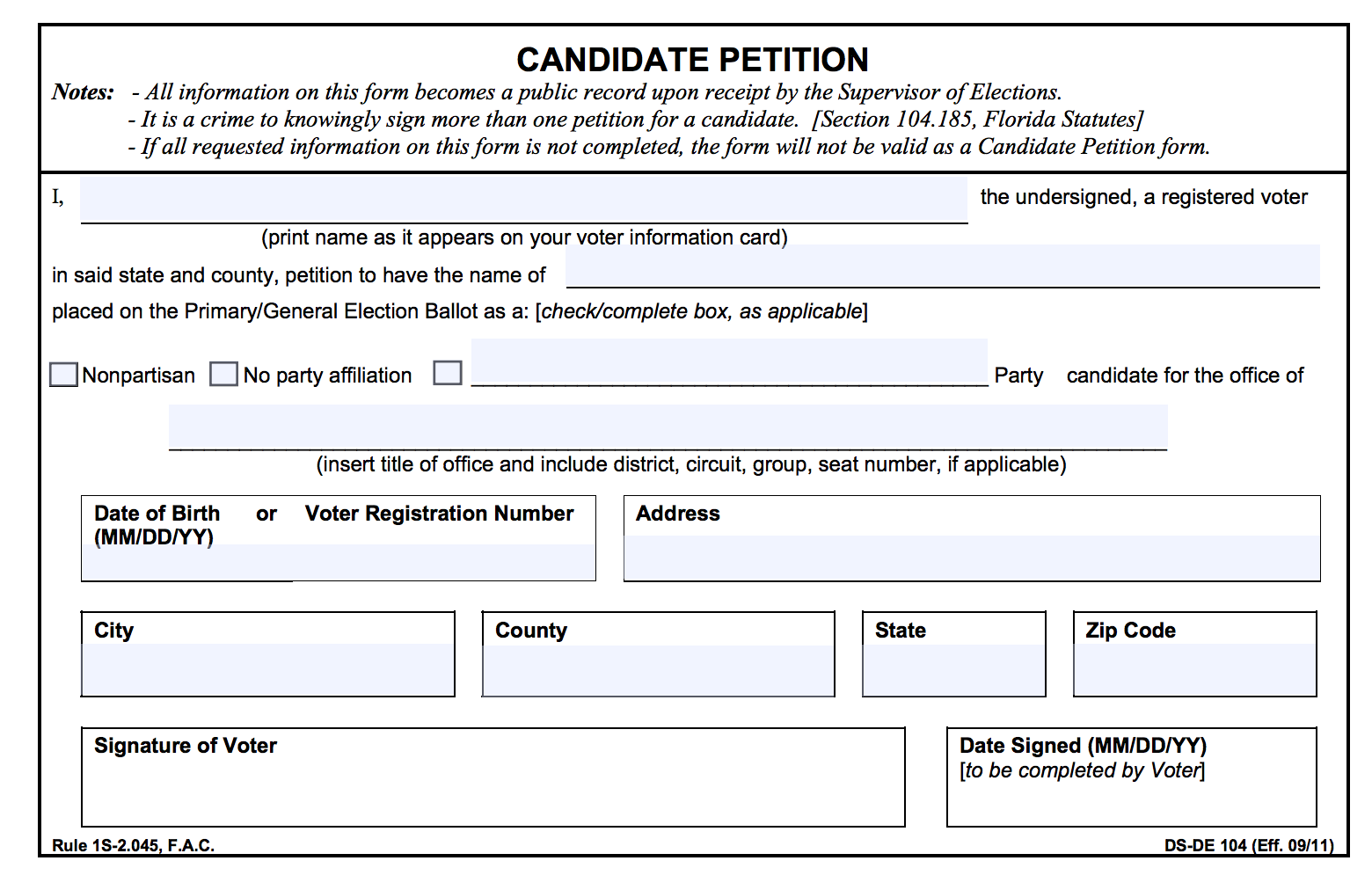 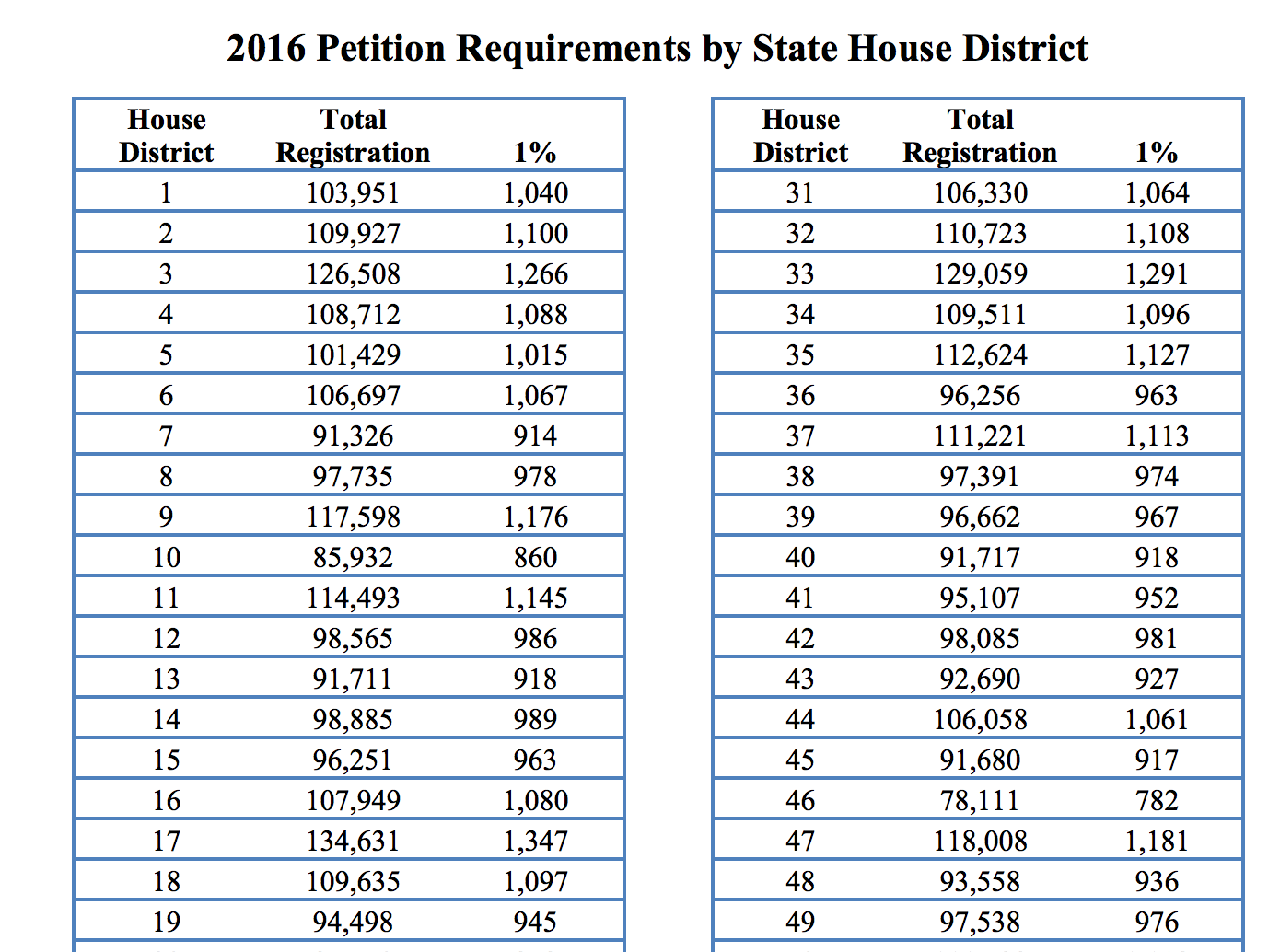 I have extremely awesome and happy news to report!  K is pregnant!!!!  We are having a baby!

In other news, MAKERFAIRE ORLANDO 2016 is this weekend at the Central Florida Fairgrounds!!!!

Come see me, FamiLAB, and hundreds of other exhibits showcasing the biggest show and tell on Earth!

Jacob and I have recently finished revision 3 of PiPlay Advance, and it’s looking awesome! 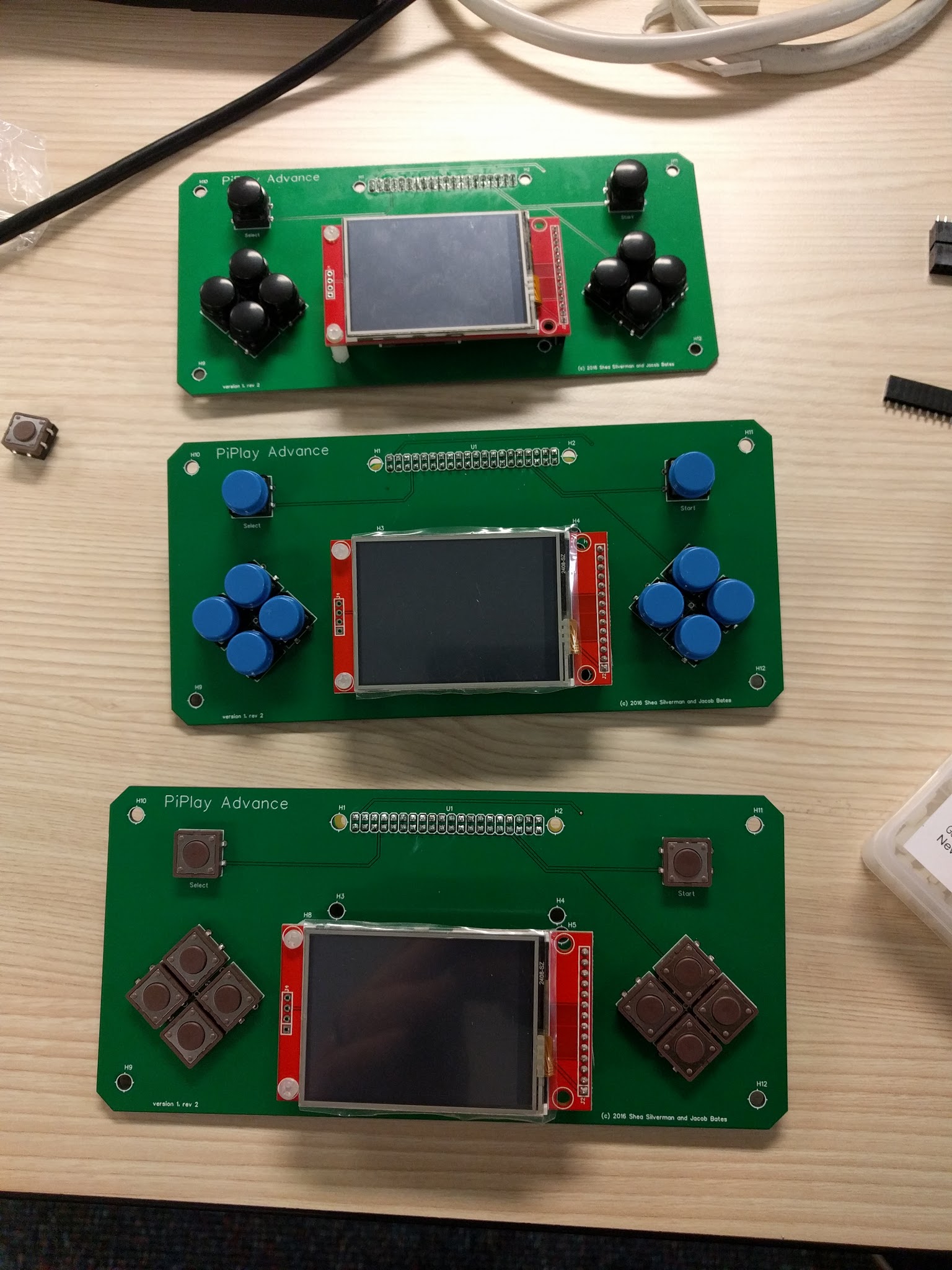 We are currently testing out a variety of buttons, but it’s coming together really nicely!

And finally, the Elections are coming up soon, and my race for Florida House District 49 is heating up.  I’m very excited to see what happens in the next few weeks.  That being said, I have the most amazing supporters out there! 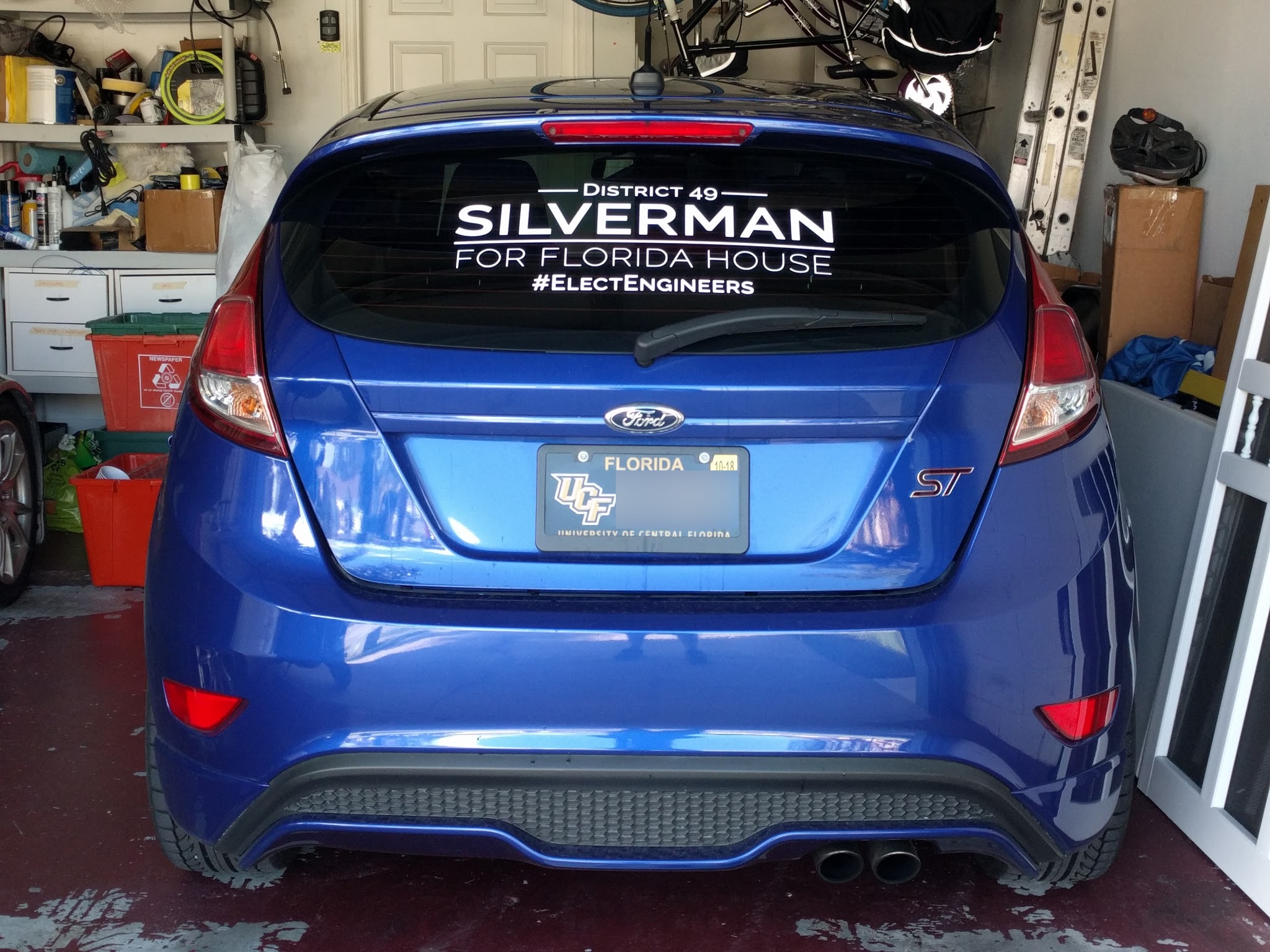 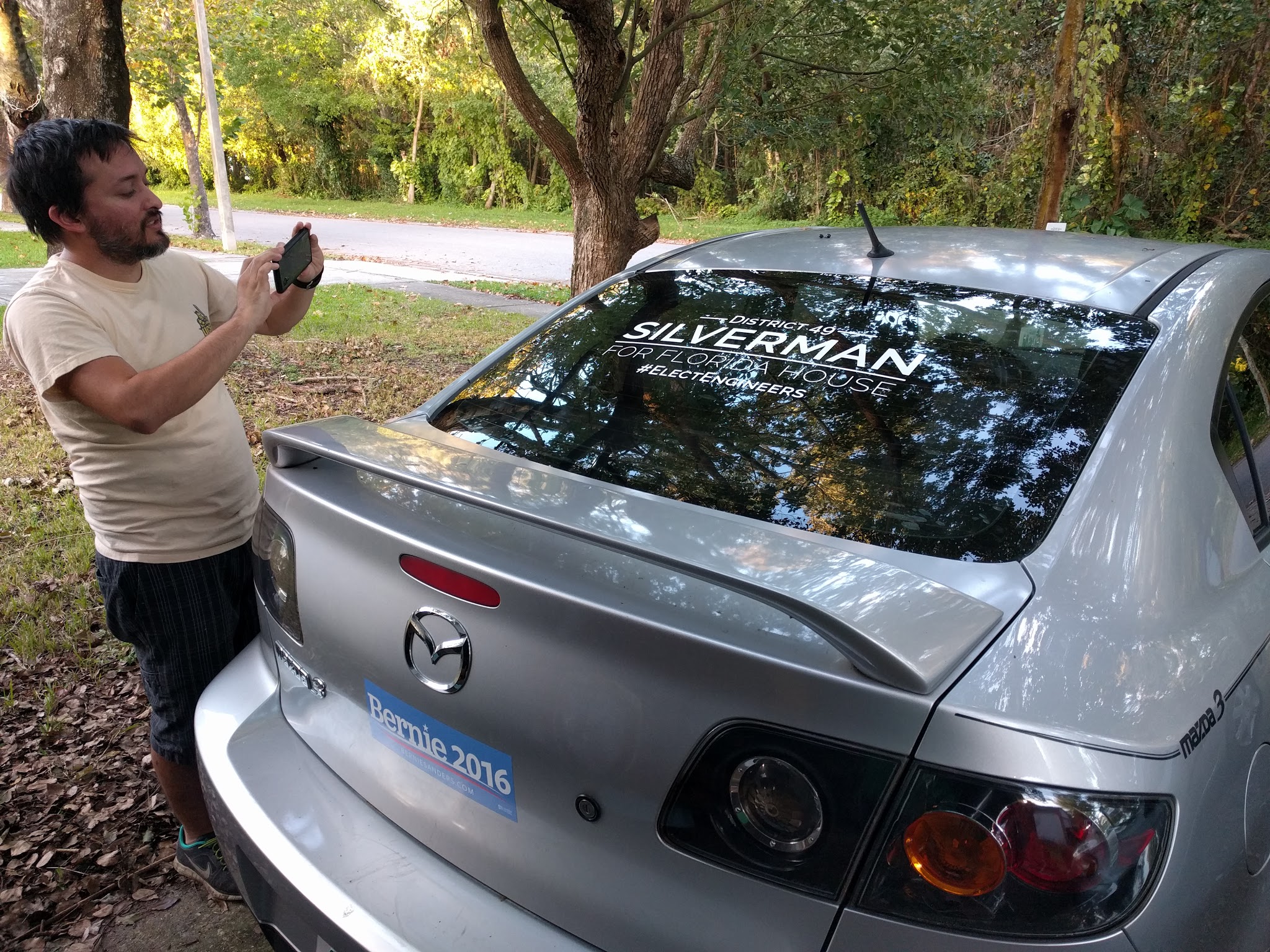 Have a great week all!

P.S.: In sadder news, at 91, my Grandmother Bernice passed away peacefully two weeks ago.  I was very hesitant about posting this, because it makes it feel so real now.  She lived an amazing life, and got to hear that she was going to be a great grandmother.  I miss her, and I love her, and it sucked that Hurricane Matthew hit the same week as the funeral, so everything had to be rushed.

Thank you all for being there for me.

Sorry for the long delay in updates.  Been extremely busy with the campaign and some personal projects.  I needed the break but I’m back.

The Florida primaries are over, and it is only myself and a Democrat in the race for Florida House District 49.  I am currently polling in the high 30s, which is pretty damn good considering I’m an Independent with about $1000 left running against a politician who has raised over $100,000.

Does money help?  Of course, but the more I talk to people and tell them my platform, and more importantly, what type of person I am, the more support I am getting.  I am so thankful for the wonderful support my friends and family are showing me during this campaign.  It’s been amazing so far.  Can’t wait until the November election 😀

The PiPlay Advance board is coming together!  We have another iteration we are getting ready to test!  More news on that soon 😀 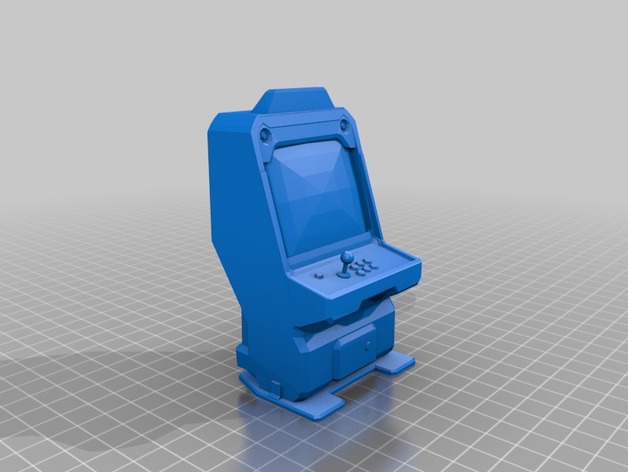 I’ve been playing a TON of Overwatch lately, and in a few of the maps, you can run around some arcade machines.  They look like traditional Japanese Candy Cabs, and I love them.  I really want to make my own real version sometime, BUT, I was able to do the next best thing.  A modder released the model files for the arcade into Source Film Maker, and I was able to export them OBJs, convert them to STLs, and then clean them up in Tinkercad, so I could 3D print them. 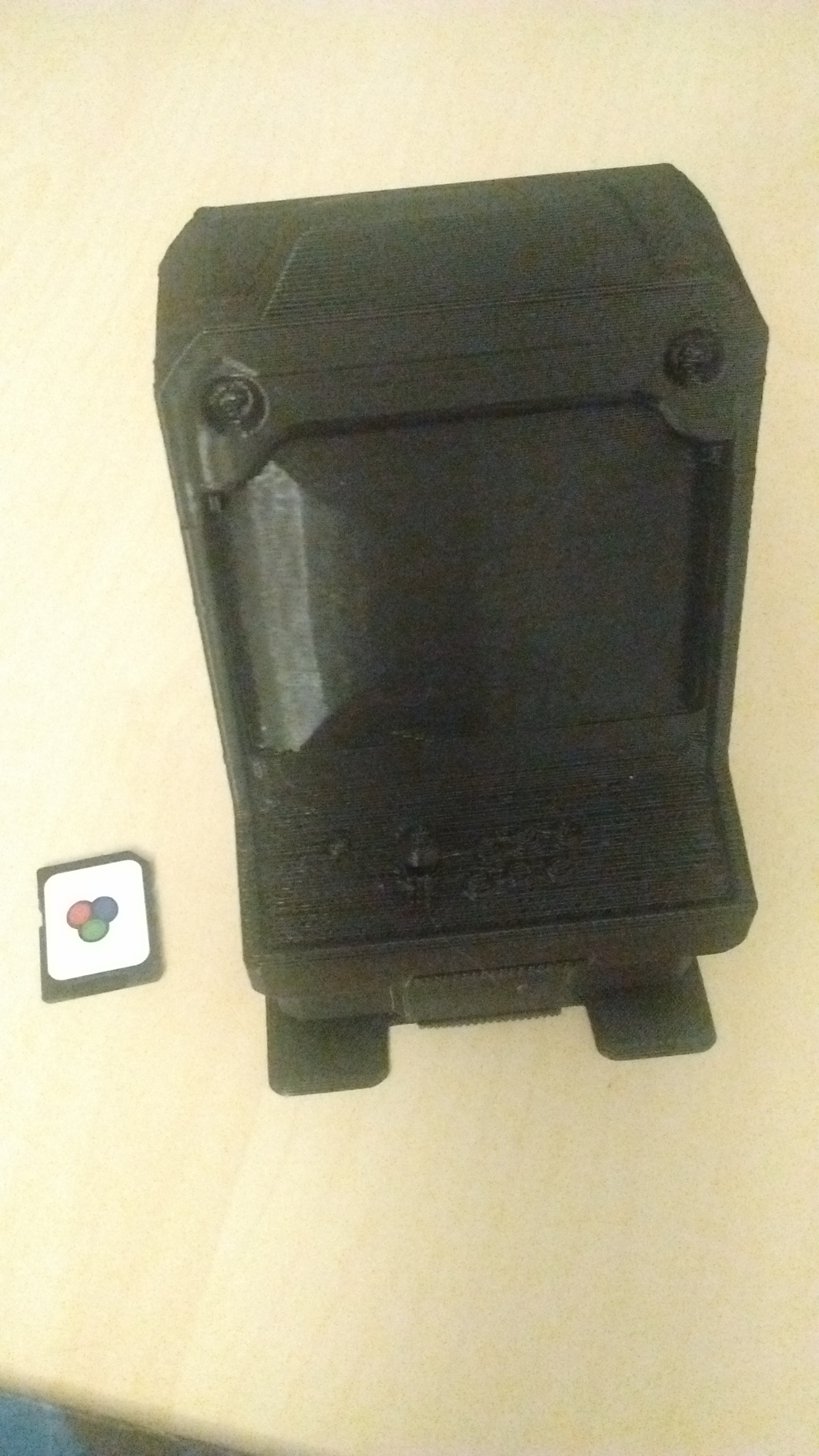 In sad news, last month my Grandfather passed away.  I want to thank the other campaigns for offering their condolences and being decent about the whole thing.  It took a toll on my family of course.  Right after he passed, my Grandmother went into the hospital (for what looks like a heart attack), but she is doing better.  It was just a heck of a month.

Today is also 9/11, and I would be remiss if I didn’t mention anything about it.  I remember 15 years ago, a senior in high school, watching the events unfold on TV in a class room.  The administrators were going room by room turning off TVs and telling the teachers to go back to their lessons.  I’m glad my teacher turned it back on when they left.

At 17, all I could think about was how my cousins lived in NYC at the time, and hoping they were OK, but not really worried, because they were also kids, what would they be doing close to the towers?  I remember a lot of confusion and worry about what was next.  I remember a lot of ignorant and hateful comments being spoken in the following weeks, and a lot of misinformation from my fellow classmates.  I was just numb.

15 years later, the big thing I take from 9/11 is that we should never respond to these tragic events with reactionary legislation.  The PATRIOT Act is probably one of the worst bills that was pushed through during that time.  In hindsight we see that, but we can’t forget the lesson in case of future events.

I am very proud to announce that I qualified for the Florida House of Representatives District 49 race.  My name will be on the ballot this election!

This is exciting, and will be an extremely tough race.  I am running as a No Party Affiliated candidate.  I believe in:

If you believe in that as well,  I would love your help.