This has been a fun week.  K and I have finished painting the house, we’ve been slowly bringing things in.  All the fun joys of moving to a new place 🙂

This week I’ve been making progress with Joystick support in PiMAME.  I’m hoping for 0.8 to have full joystick support implemented and an easy to use system to configure it.

Remember Cyber Monday deals this coming monday!  SparkFun and Adafruit are having some great sales. 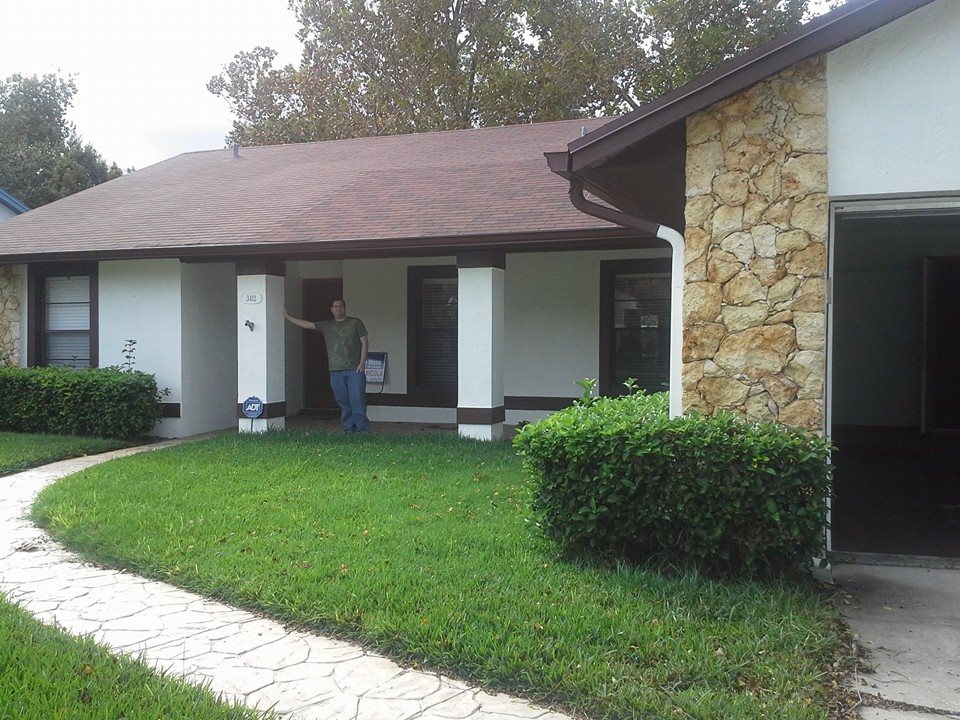 I am beyond stressed.  I think I’m buying a house next friday.  If all goes according to plan.  Knock on wood, everything will go right.

Anyways,  I have put up some new github repos for PiMAME.  It’s regarding PiMAME 0.8, and it’s for the new web frontend and the pimame menu / launcher.  They are no where near ready for use, but if you would like to help with the programming, feel free to fork the repo and send a pull request. 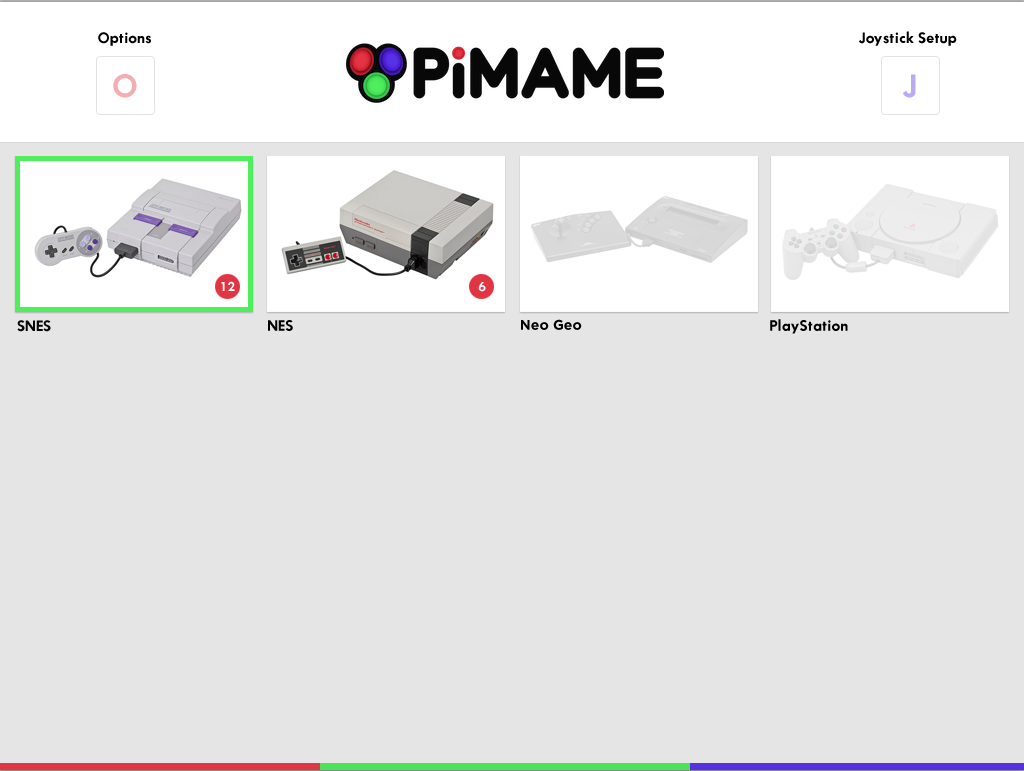 The awesome site rasplay.org has posted a guide on how to recompile your Raspberry Pi’s kernel with your own custom image.

I am going to try this out with the PiMAME logo this weekend.

It’s been a rough week.  K and I have been looking at houses and we’ve had nothing but bad luck.  We just lost the second house we had under contract because of appraisal issues.  Housing is such an industry that could benefit from technology.  I don’t understand how in 2013 I still need to FAX documents, “secure email” is a “works best in IE” website, and personal information is expected to be blurted out anywhere and everywhere.

I work for a university, I’m used to red tape and bureaucracy!  I didn’t think buying a house would rival that!

Anyways!  PiMAME 0.7.10 is being uploaded this weekend.

The updater version will include Alpha N64 emulation.
The SD card image will include that, a boot up screen, and the new kernel for xin-mo joysticks.

I will update the post when it’s finished uploading.

This week just flew by.  It feels like it’s still Wednesday.  Maker Faire Orlando has come and gone, and I have to say, it was incredible.  I was manning my booth the entire time which always had a crowd but I was able to catch a 10 minute break to eat something and look around.  There were so many cool displays, and so many interested people who were interested.  By the end of the day my throat was sore and I had lost my voice.  It was totally worth it.

I will say this, the X-Arcade Tank Stick is built like a tank.  It got hit by hundreds of kids during the Maker Faire and it stood up to the challenge.  I’m going to take it apart because I think the right joystick got a little banged up but it was still working.

Someone who I am very honored to call a friend has just released her new book!  Katie Cunningham has just had her book, “Sam’s Teach Yourself Python in 24 Hours“, published.  I got mine in the mail today so I haven’t gotten a chance to go through it yet, but I have a feeling it will be great.  Congratulations Katie!

Pokemon X and Y come out tomorrow.  I love Pokemon, but I haven’t played one of the core series since Red and Blue (I know!).  Most of my office is picking the new one up, so I figured it’s time to once again catch ’em all!  Between work, grad school, and PiMAME, where I am going to find the time to play…

I upgrade PiMAME to use the newest version of Raspbian, and recompiled the kernel to have the Xin-Mo module fixes in place.  I wanted to hold off on the release until I had more to add, but I think i’m going to do an image only release for this, since you can’t really just do a kernel upgrade with an install script.  It will also include the PiMAME intro video.

Once that is released I am going to be working on totally revamping the main menu system and web interface.  I have some cool things coming down the pipeline!

Couple really cool things going on right now.  First of all, I got the physical copy of my book in hand.  I’m so proud!  Also Adafruit linked to my blog.  I was so surprised when I got the email, thanks for the link! 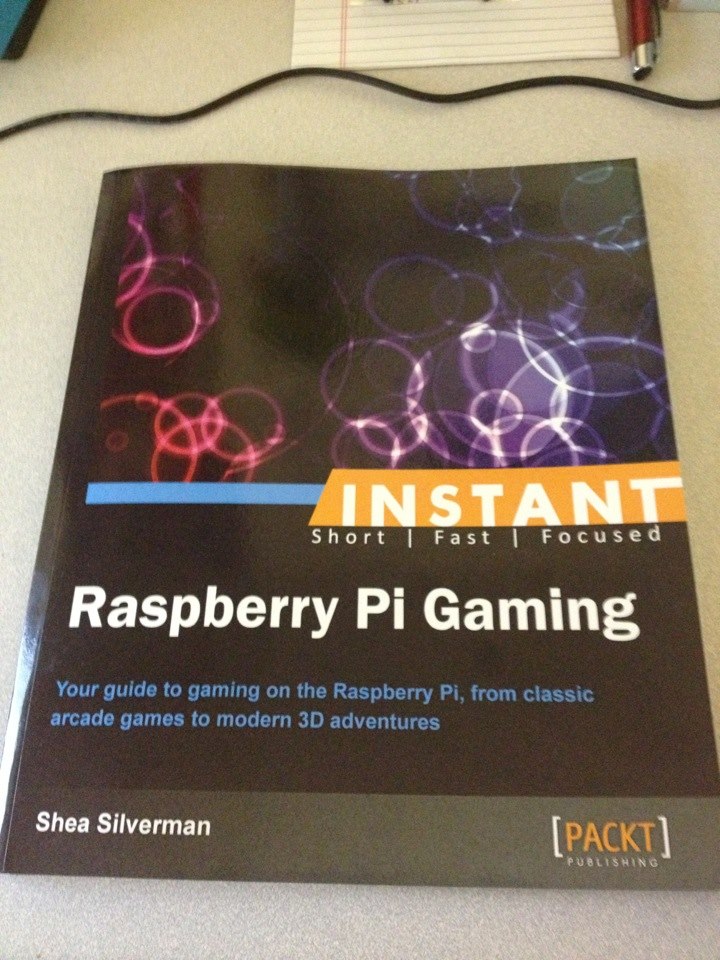 This past week I’ve been having tons of meeting about software our team has been working on.  It’s really validating to have our projects get the attention of the higher ups and other vendors.  We work on cool things that help our 50,000 students learn in new ways.  I love working for a place that allows us and encourages us to make a difference!

Tomorrow is the Orlando Mini Maker Faire at the Orlando Science Center.  There will be 4 floors of makers showing off their creations, and that includes myself and FamiLAB.  I will have a ton of pictures tomorrow, but if anyone is in Orlando, I encourage you to go.

I have awesome news! My book, “Raspberry Pi Gaming” has been published this week. The eBook version is currently available on Amazon.com, and the hardcopy should be available next week. 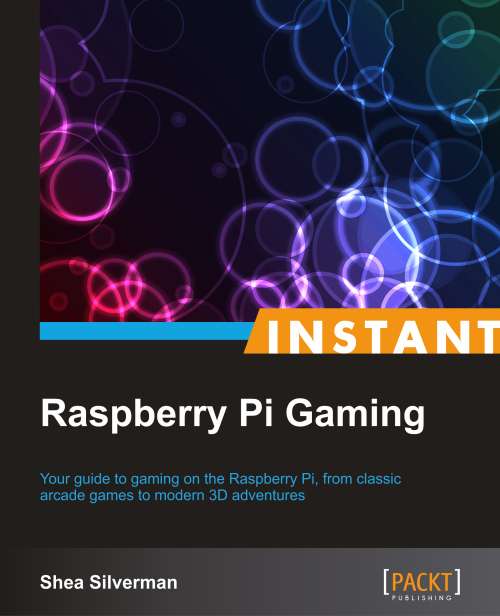 What you will learn from this book

I hope you all enjoy.  I’m very excited and proud of this project!

So I’ve been playign with trying to do a boot image or a boot movie with the Raspberry Pi for a while now, and all the comments and tips keep going back to a tutorial on how to boot a static image.  It works, but there are a lot of problems with it like failing gracefully and not returning the console window back if you aren’t booting to X.  So I decided to come up with another way.  This is based off the tutorial found here: http://www.edv-huber.com/index.php/problemloesungen/15-custom-splash-screen-for-raspberry-pi-raspbian and looks like this when finished:

Instead of using the program fbi, we will use omxplayer to playback a video file while the Raspberry Pi is booting in the background.

First off, you will want to copy the 15 to 20 second movie file to your Raspberry Pi device.  Anything shorter and the video will end before it’s finished booting and you will continue to see the kernel messages.  You can use any video file that omxplayer can play back, but I like .mov and .mp4 files.

You should now be ready to go!

Reboot your Pi and enjoy the startup movie.