I compiled AdvanceMAME 1.4 and AdvanceMESS 1.4 for the Raspberry Pi3.

On the Pi3, games like Street Fighter II and The Simpsons run like butter with full audio.  It’s great!

On another note, our first “PiPlay Advance” boards came in: 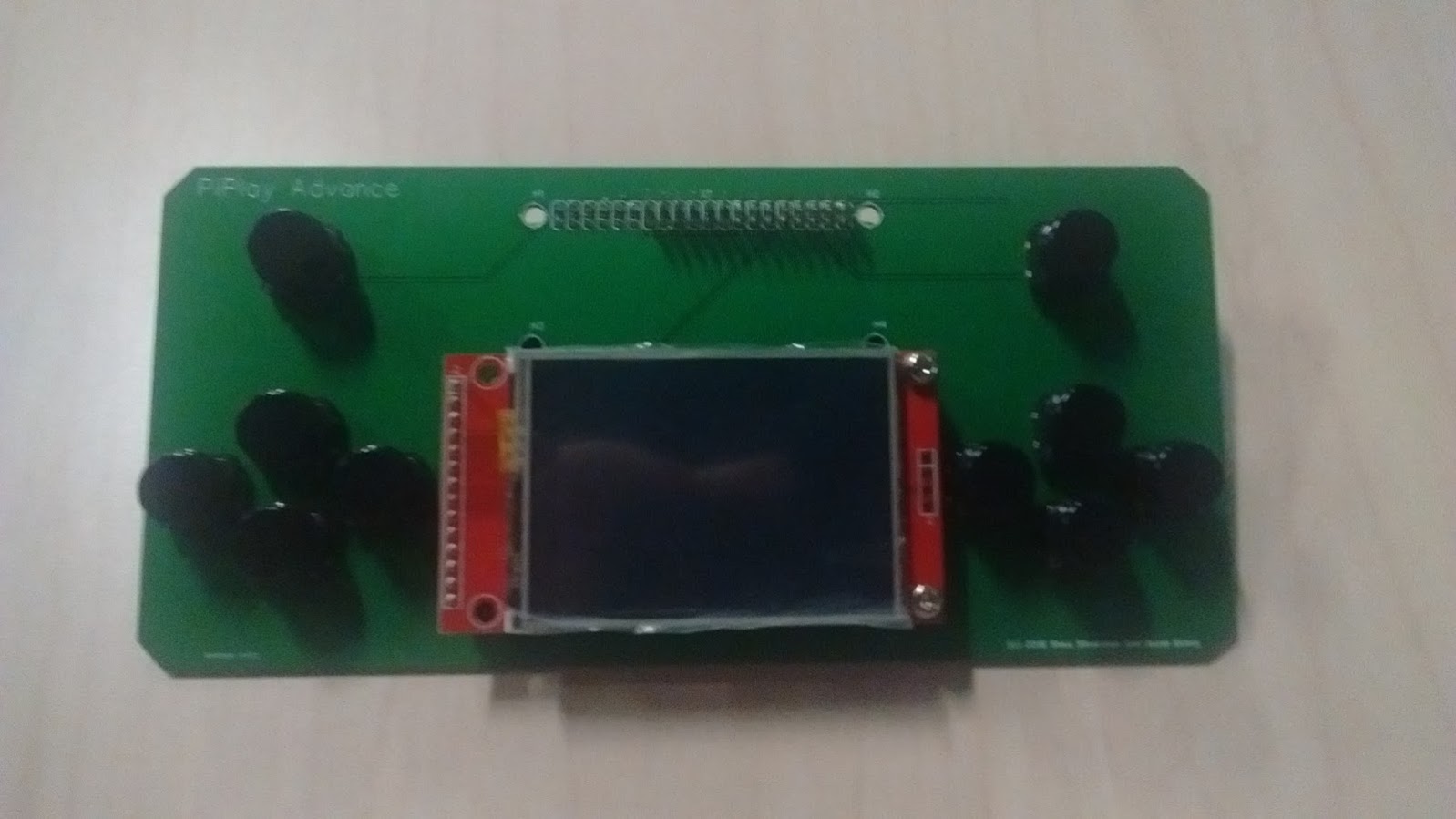 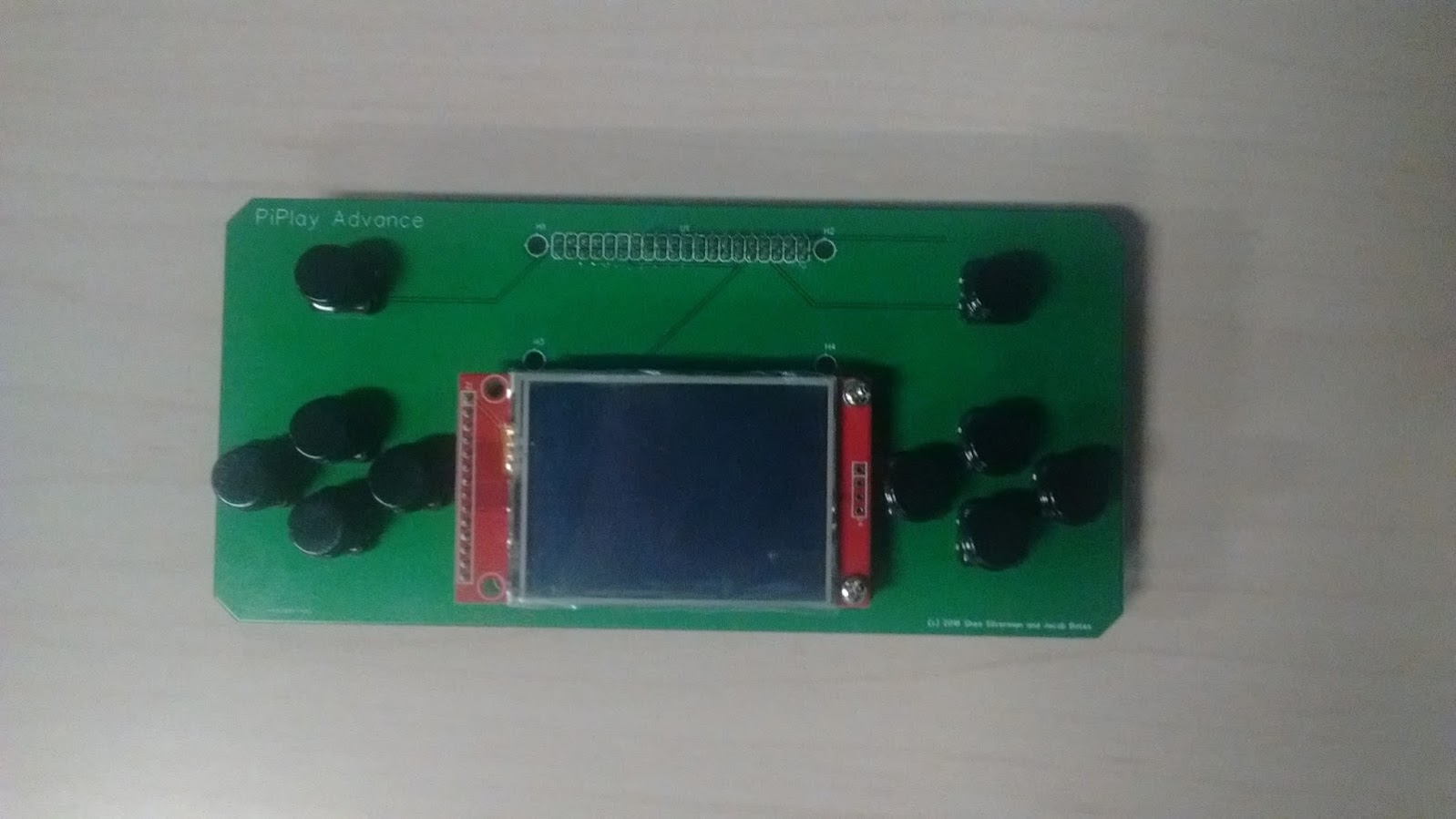 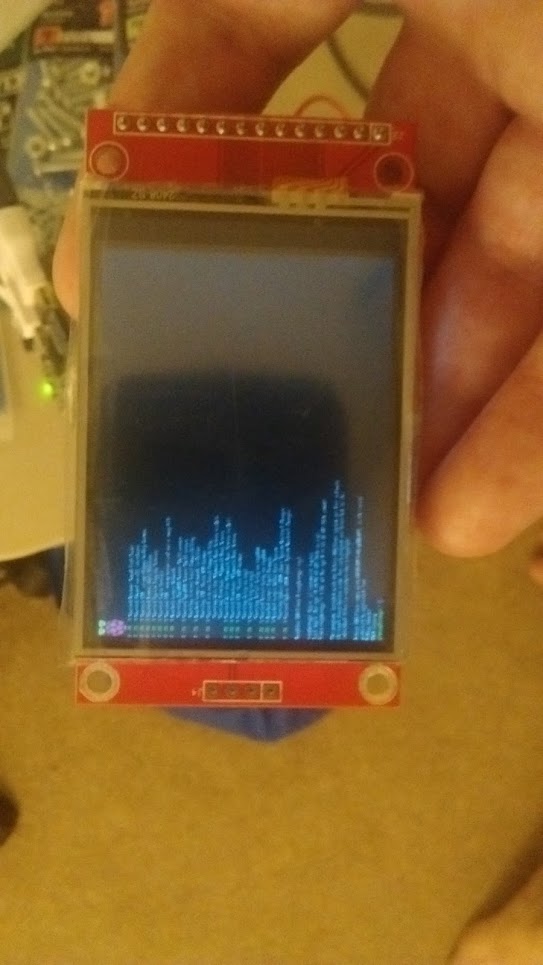 There was of course an issue with our pin routing, so we had to order a new revision of the boards.  So excited to see this project start coming together!

Updates maybe sporadic for the next few weeks.

AdvanceMAME updated to 1.4 so I have recompiled the source and made .debs out of it.  This will work on the Pi and Pi2.

To install goto a terminal and type:

You will now have a directory in ~/.advance and will need to edit your advmame.rc file.

Add to the first line:

Then press ctrl-x then y and hit enter to save.

You can now place your game files into the ~/.advance/roms directory and launch a game with the command:

Another week another PiMAME release 🙂

This is beta 2 of the new PiMAME 0.8.  I’m loving the feedback.  I know there are bugs and issues, but I’m able to iterate so much faster now.  This latest release includes:

I’ve started playing with Notro’s FBTFT module again.  This allows you to use little inexpensive LCD screens for things like the console and X Windows.  The problem is that most programs expect output on framebuffer 0.  These screens operate on framebuffer 1, or /dev/fb1.  Tasanakorn has created a program called fbcp.  This mirrors the screen from the hdmi / rca port and onto the SPI based screens you see above.

It doesn’t work 100% yet for me.  I don’t know if its my screen or the program.  I’m going to purchase some more and test them out.

Steve Smith has created this awesome little MAME cabinet.  Plans and more images are below at the imgur link. Real quick, just wanted to show a very rough video of me using the XArcade Tankstick on the Raspberry Pi.  I have the Trackball, Buttons  and Joysticks all working.  Gridlee has issues with it (has to have custom inputs set) but Street Fighter 2 and Missile Command worked “out-of-the-box”.  I had to make a minor edit to the AdvanceMENU configuration file, but it looks like its working nicely.

I’m going to try a fresh re-install of PiMAME and try to recreate the results.  I’m hoping to have a guide for this very soon ™.

This is just for testing purposes, but if you like to live on the cutting edge, I’m making available the beta/pre-release/testing release of PiMAME 0.5!

It’s based off the PiMAME 0.3 image, with the Uploader file size limit set to 200MB, and the Snapshot artwork in AdvMENU.

Let me know if you have any issues with it!

My new Tankstick arrived today, courtesy of XGaming.com. They have asked me to test it and get it running on the Raspberry Pi. I only had a couple minutes to play with it, but I made a little unboxing video for everyone:

Size comparison of the Pi versus a Tankstick: 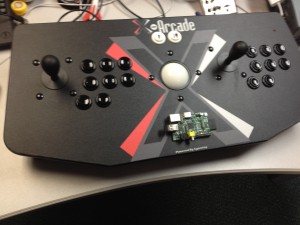 This thing has some heft to it!  With the few minutes I got to use it, I notice why some users of the Raspberry Pi are having difficulties making it work right.  It’s nothing wrong with the device, but with the way some of the software interprets the inputs.  I have a couple of hunches and ideas on how to fix it, which I hope to get to within the next week.

PiMAME 0.5 is also coming along nicely.  I’m reverting back to the 0.3 stack and just adding some minor modifications.  That should be released on Friday.

I have the latest AdvanceMENU, AdvanceMESS, and AdvanceMAME versions compiled and turned into .debs for your installing pleasure.

The reason dpkg requires force install is because the Advance* projects compile a lot of the same helper binaries, like advj and advc.  When dpkg tries to install the next package, it sees it has already installed something with the same name, and freaks out.

Doing a force install tells it to overwrite and continue, making everything work.  I don’t recommend using force install for everyday installs, but I know it works for these.

I was very surprised when I was contacted by X Gaming this week.  They are sending me one of their really cool looking X Arcade tank sticks to test out with the Raspberry Pi and various emulators.  A couple people have posted on the Raspberry Pi forums and on my blog asking if this stick works, so hopefully I will have an answer for everyone very soon.

I’m looking forward to everyone’s feedback on the new .deb files.  Let me know if something is messed up, doesn’t install for you, or is just wonky.  Also let me know if it does work, because that’s good to hear as well 🙂

Update:  I have received numerous reports that this version is much slower than the previous one.  I am reverting back to the previous Raspbian for PiMAME 0.5.  That should fix the speed issues.  The new release will be up this week.  Thank you for all the feedback.

I am pleased to announce PiMAME 0.4 is now available for download.

PiMAME is now built around the 2012-12-16 version of Raspbian.
AdvanceMAME 1.2 and AdvanceMENU 2.6  are installed.
PulseAudio has been removed.
Snapshots of supported games are loaded and will appear in AdvanceMENU.
The ROM uploader file size limit has been increased from 2MB to 200MB.

I recommend users exit out of AdvanceMENU at some point and run:

Overclocking the Pi from raspi-config greatly increases the performance of AdvanceMAME.  You are also able to expand the filesystem to fill up the rest of your SD Card.

I am looking forward to all questions, comments, and suggestions!  Have a great week.

I am off work until the New Year!!  I think I’m going to sleep until Sunday 🙂

First things first.  Happy Holidays and an early Happy New Year to all my readers.  All of you have been awesome.  Thank you for all the comments.

I have used up over 100GB of bandwidth in a week.  That’s AWESOME.  I have never used so much bandwidth ever, yet alone in a week.  Luckily I have generous bandwidth allotments between my two hosts, so hopefully I won’t have to scramble for mirrors again.

Expect PiMAME updates over the weekend.  I am doing a lot to it.  The next update should be great.

We had a secret santa in my department, and my co-worker was given a really cool light box since he is a freelance photographer.  He did a little photo shoot of my DeskCade units. 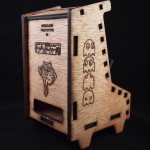 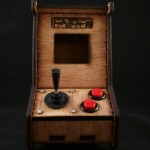 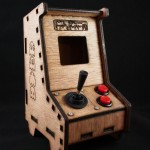 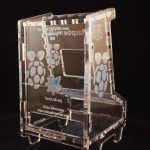 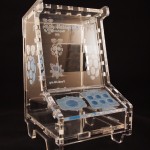 I’ve been getting tons of feedback about PiMAME.  Thank you for all the comments and suggestions.  There have been a few issues/questions that have popped up, hopefully the tips below helps you out.

Here is a quick fix for the AdvanceMENU sound issue:

Your game files should go in the /home/pi/roms/ directory.  I cannot help you find games for MAME.

Stopping AdvanceMENU from starting at bootup:

If you want AdvanceMENU to not start at bootup edit /home/pi/.profile and remove advmenu from the bottom of the script.

The username and password are the default Raspbian ones.